Metformin – Aging and the “Miracle” drug 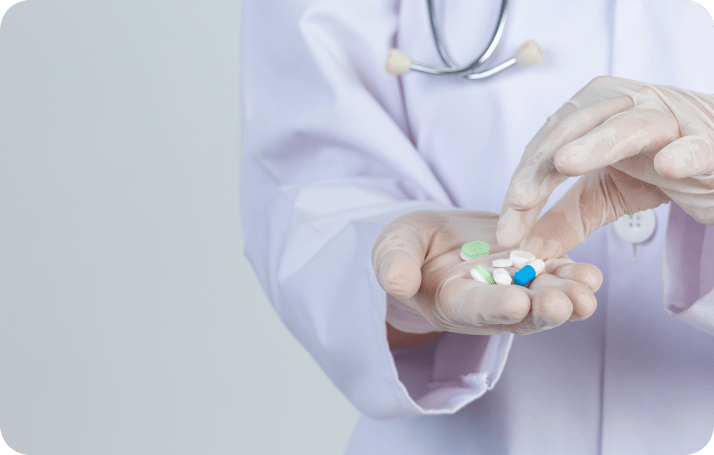 The drug Metformin has had a lot of buzz around it ever since it was announced that trials would be done to try and name it the world’s first anti-aging drug. Leading researchers active in the fields of Gerontology, like David Sinclair, have publicly said that they’re taking it to reverse the aging process in their bodies. However, it is important to look past the hype. What is the scientific process behind drug testing? Why is Metformin being tested? And why is it always important to look at the evidence instead of the excitement?

The process of approving drugs

Drugs must be approved before they can be prescribed to patients. In the US, the body that approves drugs is the FDA (the Food & Drug Administration) whilst in Europe it’s the EMA (the European Medical Agency). EMA works closely with the national medical agencies of every EU membership state. Clinical trials are part of this approval process and take place so that we can scientifically work out if a medicine is safe and effective.

The 3 phases of human clinical trials

The above summary represents the standard pathway for a brand-new drug. However, there are lots of situations where a clinical trial might need to take place, despite already being approved for use in some areas. An example of this is the drug Metformin.

Metformin has been used as a drug to treat type 2 Diabetes for nearly 60 years (1). Although the exact pharmacodynamic mechanisms are not fully understood, Metformin works in general by stopping the body from absorbing more glucose from the food that we eat, whilst also increasing the glucose uptake to the cells (2). This improves insulin sensitivity – an insensitivity to insulin is a hallmark of diabetes (2).

However, in recent years investigations on Metformin as a potential drug to slow down the aging process have started to take place. This since there are possible synergies with how Metformin acts on diabetes symptoms that could also have a positive effect on some of the hallmarks of aging, such as nutrient sensitivity (3). It is gaining much attention because it is an incredibly cheap drug that could be available to a widespread population, if approved for that indication (4).

In 2021 The World Health Organisation partially recognised aging as a cause of disease, which is the first step in aging being recognised as an “indication” (5). An indication is the disease or condition that a drug is intended for. When the medication is used for other indications than the approved ones, it is called “off-label usage”.

There are some medical situations where this is acceptable, but it can lead to dangerous unintended consequences. For example, the Thalidomide tragedy occurred when a drug that was originally used as a sleeping pill started to be recommended as a morning sickness pill for pregnant women, leading to severe birth defects.

Metformin is currently approved as a diabetes treatment option in diabetic patients because it has an affect on the glucose levels of the body. However, it is not approved to treat aging, and it must be investigated whether Metformin can be regularly and safely used by non-diabetics. The clinical trial that will look into this is called the TAME trial, or the Targeting Aging with Metformin trial. The TAME trial will specifically look at using Metformin to holistically treat age-related comorbidities (diseases that occur at the same time as aging) like cardiovascular disease and cancer (6).

Metformin must treat age-related comorbidities instead of aging itself to be allowed by the FDA. However, according to the Principal Investigator of the TAME trial, Nir Barzilai, it doesn’t matter what they call it – if the drug can increase the number of healthy years in people’s lives, then it will have reached its potential (7).

However, the path ahead isn’t straight forward. Whilst most of the evidence has suggested that Metformin can extend the health span in an individual, it hasn’t yet been shown that it can extend an individual’s lifespan. In addition, there is research that suggests it might not be healthy to give it to older people.

It was found that when Metformin was administered to older animals it exacerbated the age-related dysfunction of the mitochondria (the powerhouses of the cell) and led to an increase in respiratory failure (8). This does not necessarily mean that the same thing will happen to humans, but it is an important reminder that Metformin’s ability to treat diabetes does not mean that it is guaranteed to treat aging with the same capacity.

A long and healthy life without drugs?

Metformin was chosen because of its safety, ahead of other potentially more efficacious drugs. The results of the TAME trial could be incredibly promising, but this is a promise not a guarantee. It is vital that the scientific process is not disregarded just because of the excitement surrounding the drug and its potentially huge effects on our healthcare system.

There are plenty of ways to increase your chance of a long and healthy life without drugs, especially with NEM’s help. We can give you guidance on what lifestyle factors you should consider, and how you should optimize your health to stay in peak physical and mental condition for as long as possible. To learn more, get in touch with us to schedule a consultation.